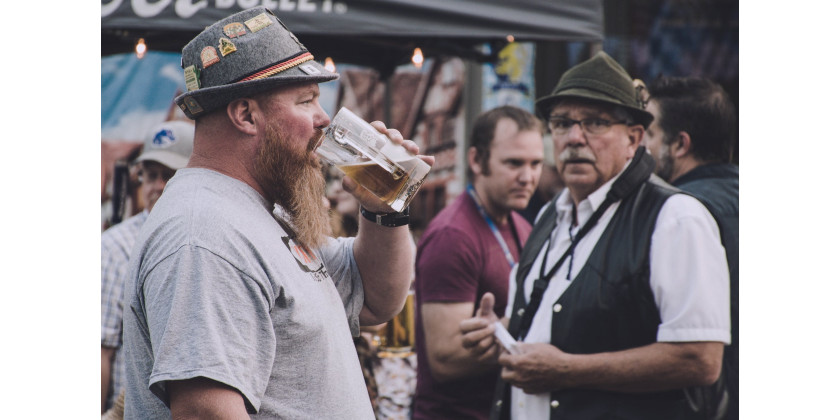 Growing a beard with beer: Myth or Reality?

By PrestaShop Prestashop
In Blog
Views (2244)

We've all heard about the beard-growing properties of beer, but is it a myth or reality? Indeed, many people ask questions like "how to grow a beard" or "which product to use to grow a beard", and we answered them in our article on how to grow and densify a beard, so go and have a look at it if you're curious, because here we're going to focus on beer, its ingredients, and their impact on the growth of your beard!

First, let's go back to the ancestral beverage. Beer has its origins in ancient times, and perhaps even before, possibly dating back to the creation of agriculture and the sedentary lifestyle of man. At that time, it had nothing to do with what it is today, even if the production process was similar in some respects. It was not until the 8th century that monks began to brew hops, a privilege reserved for the clergy. Indeed, beer was attributed divine properties due to its virtues, making this potion a remedy in the Middle Ages!

Today, beer is a must, and its composition, for the most part, is quite simple: water, malts, hops, and yeast. Now that we know what it's made of, for each ingredient we're going to ask ourselves what effects they have on beard growth?

Are hops good for beard growth?

Are hops, one of the main ingredients in beer, good for beard growth? Hops are a perennial herbaceous climbing plant from the American continent and are an essential element in the taste of our pint, but what are their virtues? This plant has been used for several centuries, notably by the Amerindians, to treat insomnia, pain, and weaknesses such as anaemia or rickets. But what about the hair? It is said to have regulatory properties on the hair system, promoting hair growth by stimulating hormonal activity. However, few studies have been carried out on its effects on the hair, and its concentration in beer is too low to measure its impact on its oral intake. Moreover, there are not enough hops in a beer to know whether it has an impact or not when the beverage is consumed regularly.

Malt to grow a beard

Now let's look at malt for growing beards. Malt is a cereal (barley, wheat, rice, etc.) that has been germinated and dried, to extract all the sugars and nutrients that will be used for fermentation. Its fermentation will release B vitamins, and in this batch, it is vitamin B9 that will be of interest for bearded men. Indeed, folic acid has regenerative properties for cells, including the cells of the dander, which are among others your hair, your nails, and your hairs, i.e., all that is composed of keratin. Barley malt will therefore help to strengthen the hair follicle and stimulate its growth. Only, these nutrients are for barley malt, so depending on which malt you have in your beer, the effects will be different. Now we'll look at the element in beer that is most interesting for your beard.

How to get a beard with brewer's yeast?

If you are wondering how to get a beard with brewer's yeast, remember that there is nothing that will create follicles and bulbs, so nothing that will create hair where it does not grow. However, one may wonder what impact brewer's yeast will have on the growth and strengthening of the beard. According to some studies, brewer's yeast would have effects of regulation of the immune system, regeneration of the intestinal flora, but it is especially its concentration in vitamins B and its trace elements which will interest us to have a longer beard. The vitamins B5 and B8, iron, zinc, selenium, calcium, iron, magnesium, and potassium that make up brewer's yeast are said to have beneficial effects on the appearance of the skin and to promote the growth and strengthening of hair. However, scientists are not unanimous on this issue. A report on food supplements shows that it has not been proven that they have a real impact on the health of the skin, hair, and nails, despite the many favourable testimonials that exist.

So, is beer an ally for a longer beard?

Now that we know what the active ingredients in beer are, is it an ally for a longer beard? B vitamins have an impact on your hair, but what we want to know is whether drinking a beer regularly has a concrete effect on your beard. We know that beer reduces blood clots and helps you sleep. But the effect on a bearded man depends on the beer. Depending on the cereal used to make the malt, the effects will not be the same. Moreover, if the beer is filtered and pasteurised, the yeast residue (which, let's not forget, is the most active element in the health of your beard) is removed. So, if you take an industrial beer, it is unlikely to provide any real nutrients, as it will be yeast-free and the hops and malt in it are likely to be in very low concentrations.

There are no scientific papers proving the effectiveness of beer on your hair growth and depending on whether the beer is craft or industrial, its effect will be totally different. But a little froth can't hurt, so we advise you to help the local brewers by consuming beers that have not been deprived of their nutrients and yeast, and which, shall we say, will surely have a better taste! However, you can't rely on your hoppy beverage to get a beautiful beard, but on a whole host of factors, all of which will have a noticeable effect, and you mustn't forget that the alcohol in a beer also has a negative long-term impact. Indeed, if you really want to give your beard the means to shine, it is the hygiene of life, the daily maintenance of the beard, the patience, and the brushing that will allow you to really see the difference. And occasionally, a pint for fun and nutrients can't hurt, if it's consumed in moderation! For more information on how to maintain your beard, compensate for holes in the beard, or how to help it grow, don't hesitate to read our other blog articles, and to look at our beard maintenance section for quality products, of natural origin, and especially Made in France!