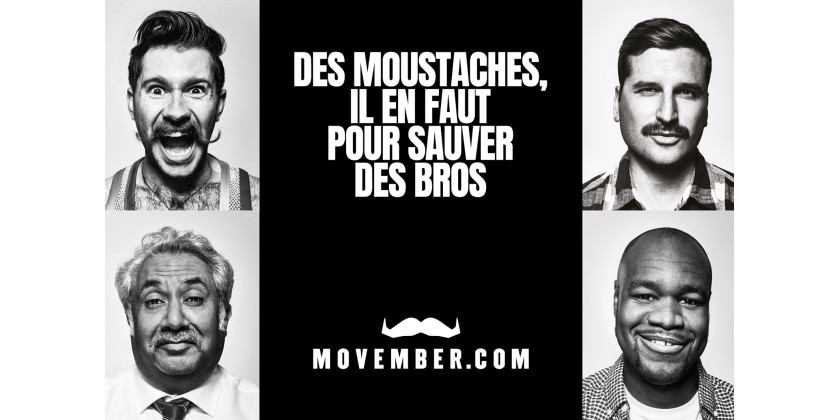 Shaving to support a cause: The Movember

By PrestaShop Prestashop
In Blog
Views (493)

Shaving to support a cause: The Movember

Shaving to support a cause is possible and it's the Movember! A look back at the 17 years of the foundation and the 2020 edition.

"Men die, on average, 6 years earlier than women." 17 years ago, in Melbourne, the Movember was created and was originally a bet between friends to let the mustache grow during the month of November. This 30-day charity event aims to raise funds for men's health around the world. Their mission: To change the face of men's health, nowadays a very taboo subject. The Movember Association Charity aims to raise awareness of men's diseases and men's mental health, a topic that is not well covered by the media, but also to advance research on prostate and testicular cancer. This event inspired others such as the "No Shave November" where you have to grow a beard naturally.

Every year, this movement grows around the world, and today this event is present every year in more than 20 countries and has just celebrated its ninth year in France!

How to Mo-bilize for men's health?

How to mo-bilize for men’s health? It is very simple: let your mustache grow during the month of November. Today, there are other ways, especially for women, to participate in the movement:

The interest, in addition to collecting donations to advance research, is to raise men's awareness of their health, and to lift the taboo on diseases that can affect your loved ones, by encouraging them to go to a doctor to detect them before it is too late. Movember follows the October Rose, which raises awareness of self-harm for breast cancer in women. However, you will agree, it can be difficult for a man to do the same, so a little screening with your doctor will probably be easier!

Having a beautiful mustache in 2020

Having a beautiful mustache in 2020, it is important. After 17 years of existence, Movember has raised more than $800 million in donations and funded more than 1,300 projects. Scientific advances are numerous and listed in annual reports published on their website.

The 2020 figures are not yet released, but in 2019 it was 400,000 MoBros and MoSistas in 20 countries, for $74 million in donations. Despite the pandemic, we can expect a very positive result for this year. Celebrities from all over the world participated: Will Smith, Georges Clooney, David Beckham, Johnny Depp, Brad Pitt and even Jean Dujardin! In France, it's 9333 Mobros registered in 2020, a very honorable result!

But the Movember is not just in November, feel free to take a tour of their website to find out more, and possibly join the Move for next year!