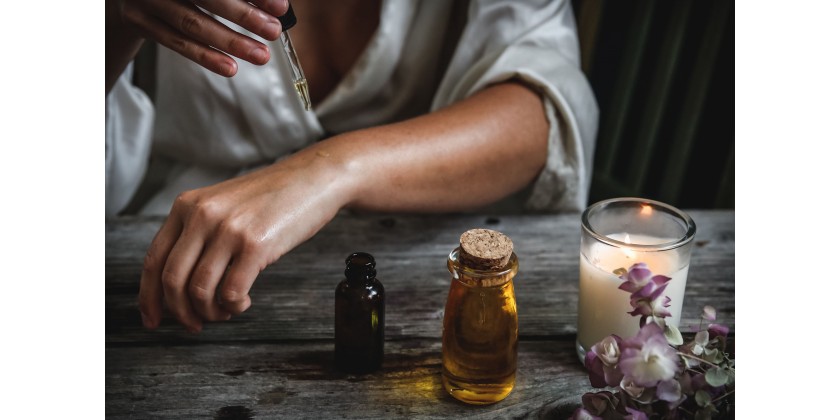 The use of castor oil on the beard

By Stéphane Couty
In Blog
Views (155)

Today you will know everything about the use of castor oil on the beard! Last month we talked about castor oil and its benefits for the beard and skin, now we will talk about oil baths! As a reminder, castor oil is derived from the cold pressing of the seeds of a shrub of the same name, whose virtues are multiple for the skin, hair, and nails. Its greasy texture allows to nourish while protecting, and we explained that there is no product at this time at Lames & Tradition containing it, because we tried at the time not to make products too greasy and not penetrating enough. But a must for the beard, we take advantage of the summer to linger a little on the use of castor oil for the beard. Today we're going to look at how to apply castor oil to the beard and focus on the aspects of the oil bath for your fleece and its well-being. Our very first tip for applying castor oil to the beard is not to use it if you have naturally oily skin. Indeed, its texture is only suitable for dry, brittle skin and hair, clearly lacking moisture. If, on the contrary, you have oily skin, use it sparingly.

Castor oil on the beard: Its application

Let's look at castor oil on the beard and its application. How do you use castor oil on your beard? First of all, wash yourself. This may sound like a silly piece of advice, but in this case castor oil will not act as a cleanser for your skin and beard, and may get mixed with any impurities, dead skin, etc. So, take the time to clean your beard with one of our donkey milk soaps for beard, and rinse well, in order to have a clean skin before applying castor oil on your beard. Now that that's done, let's move on to the oil mask. Pour a tablespoon of castor oil into a bowl, or more depending on the length of your beard.  All you have to do is put some castor oil on your beard: dip your fingers in the oil and rub your palms and fingers together. Now scratch your hair with your fingers from the root to the tip. The goal is to spread the oil evenly along the length of your beard. Keep doing this until your bowl is empty, because no waste! Don't be afraid to put too much in, because the goal of the bath is for the hairs to bathe in the oil. Massage your face well, which has gone from soft skin to the root of hundreds of hairs, and once it's done you can let it rest. A good solution (found in times of confinement) to let it rest is an old cloth mask, which we will put under the chin, right this time! This will allow to keep the beard completely in the mask and to keep the oil the time of pose of the castor oil on the beard.

Castor oil for the beard: Results in how long?

The first question you might ask with castor oil for beards is: how long will it take to get results? Because now that the mask is applied, this is where the paths divide. Some people will leave it on for 20 minutes to an hour, using a warm, damp towel while it is on (as in barber shops). Others, more patient, will leave the castor oil on the beard all night. Everyone has their own preferences but beware of your skin's reaction over a few hours before spending the night with a mask. Because you never know, and it's better to prevent than to have bad surprises when you wake up. Thus, for castor oil on the beard, the time of application can vary from one person to another, but in any case, listen to your body, it will be the one who will be the most able to guide you.

Castor oil has been on your beard for who knows how long, now you'll have to remove it. Unless your hair is so dry that it has absorbed everything, castor oil and its very greasy texture makes this first option unlikely. To remove it, there's nothing like a real beard shampoo, taking the time to remove all that oily layer and finalize your bath. There is nothing to stop you from adding a few drops of oil, but only after you have thoroughly cleaned your beard and removed the excess.

How often should I apply castor oil to my beard?

Finally, let's see together how often to apply castor oil on the beard? It's quite simple: whenever you want. However, it is not necessary to do it too often, so between once a week and once a month seems to be a good balance, always depending on the size and vigor of your beard. However, if your beard is still growing, we cannot advise you to do this type of oil bath, to allow it to have everything it needs to grow and strengthen over time. Be patient, and pay attention to your lifestyle (smoking, alcohol, stress, pollution), because many factors can affect the growth of your beard more than any oil or wax can compensate.

And that's it, with the previous article you know everything about castor oil on the beard, how to apply it, what it is, what composes it... So, to conclude, for castor oil, how to use it for the beard, we advise you to make oil baths, especially if your beard is growing!

For more information on beards and shaving, don't hesitate to check out our other blog posts! And enjoy the end of your summer vacation!