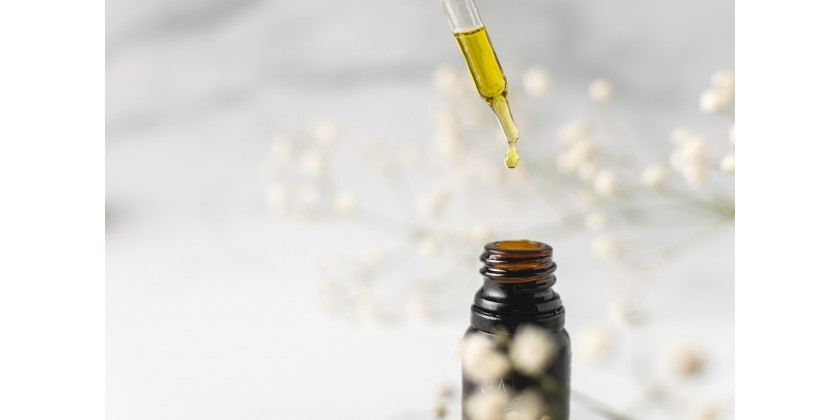 Castor oil to grow a beard

By Stéphane Couty
In Blog
Views (76)

Today, strong title for a strong ally for your hair: castor oil to grow beard. We tell you everything: its benefits, its effects, and we answer you: does castor oil make the beard grow? First of all, a little clarification: what is castor oil?

Castor oil, also called "Huile de ricin" by French speakers (is funny because most of them think it’s from the beaver, because “castor” means “beaver” in French) but is a non-food vegetable oil from the seeds of a tropical shrub: the castor. Its leaves and fruits are well known, since they also allow the creation of ricin, a highly toxic poison used during the cold war to eliminate enemies with an umbrella (the "Bulgarian umbrella" trick for those interested)!

But coming back to our seed: it is like many active principles in medicine, in high doses, it is dangerous, but in small doses its benefits are revealed. Moreover, in its oily form, after cold pressing, does not contain toxic substances because they are not soluble in oil.

Just like donkey milk, the Egyptians had understood the virtues of nature a long time ago since we find traces of its use until 4000 BC. Indeed, our distant ancestors used it for oil lamps, but also for the manufacture of soaps or the treatment of leather.

You know what this famous oil is, but if we look a little closer, no, much closer: What is castor oil made of?

The benefits of castor oil for a beard

Now, let's see a little more in detail the benefits of castor oil for a beard. Because if ricin is a poison if you swallow several seeds, because of the high amount of ricin, but in oily form and by skin application, only the other components of castor oil good for the beard remain. Let's look at its composition: palmitic acid, stearic acid, oleic acid, ricinolein acid in very high quantities and linoleic acid. This oil is ultra-rich in fatty acids and contains omega 9, giving it multiple benefits. Its texture being therefore very fatty, it was used for many daily uses, but also as an internal remedy, for constipation, for example. But if you are here, it is to know what castor oil is used for?

The effects of castor oil on the beard

Now that we know the details about its composition, what are the effects of castor oil on the beard? Externally, we can say that this oil is a marvel of benefits for your hair and skin. Its composition makes hair and beard shinier and more supple by nourishing the roots in depth thanks to its large number of fatty acids. It helps fight against hair loss and whitening, and calms itching on the scalp and beard roots by creating a protective and moisturizing hydrolipidic film. That's how castor oil can make your beard grow faster. On the skin, its effect is much the same, and very recommended for dry skin. It also works on damaged nails, facilitating the constitution of keratin.

Castor oil, to have a beard, seems to be the secret ingredient, the ancient artifact towards eternal youth, but we never put it in our products. In fact, the main drawback to beard growth with castor oil is its ultra-greasy texture. When we created the brand, we wanted to design products that were balanced in terms of benefits, fragrance, but especially texture. Thus, we preferred to turn to other vegetable oils, whose virtues combined well, but keeping a result fluid enough to not have this feeling of greasy skin during the day and being able to be part of your routine simply and effectively, even if the use of castor oil on the beard has results.

Would you like us to create a Lames & Tradition product based on castor oil? Let us know via our social networks! And check out our ingredient descriptions on the beard care product pages to see what you put on it!

So, does castor oil help grow a beard?

So, do you think castor oil helps grow beards? Yes, because the molecules and chemical components of an oil are good, but does castor oil really work for the beard?

Yes, castor oil is effective for beards. However, don't expect to get a beard with castor oil if you don't have one, because like all vegetable oils, it doesn't help create hair follicles where there aren't any (more information in our article on holes in the beard). Indeed, it will be very effective in stimulating the beard, and in a way makes it a beard growth acceleration, as castor oil facilitates skin microcirculation and activates the follicles, but then again, if it were possible to cure baldness with plant ingredients, hair implant would not be such a juicy business! Still, castor oil makes it easier for the hair to grow into a beard by giving it everything it needs to grow smoothly.

Finally, the main competitor of castor oil for the beard is time. We do not recommend applying castor oil every day on your beard, but rather to make a mask, or an oil bath, but that we will talk about in a future article!

You are convinced by castor oil, but where to find it? A little bit everywhere in fact. Because indeed, you are not going to play the fans of Breaking Bad and try to extract an oil for your beard from the shrub that you have in the garden. There are many sites and stores offering concentrated castor oil, but be careful about where it comes from, how it was produced, and where. Because there is everything on the market, and like many vegetable oils it can be quite expensive... Share with us the evolution, thanks to castor oil, of your beard and let us know if you would like to see a Lames & Tradition product with castor oil one day! In the meantime, there are plenty of other blog posts waiting to be read, so enjoy your summer!